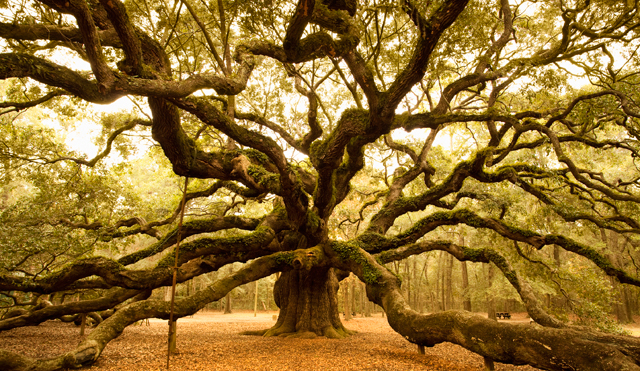 The need to map out power structures and similar connections ties directly into the human need to understand our universe. Manuel Lima’s The Book of Trees: Visualizing Branches of Knowledge traces this human urge to understand the world and our utilization of natural structures in building visual representations of information. Lima begins by reminding us, the human being with a lifespan of one hundred years, at best, of the tree’s status as oldest living thing on planet Earth, before segueing into Aristotle and other originators of thought and their use of tree structures. The use of a “hierarchical mechanism” to order a vast world while connecting all to “an immutable essence in everything” is Aristotle’s contribution to the metaphoric model (Lima 44). The tree, representing power and importance at its base, before branching into less structurally necessary, yet crucial limbs, is not only a perfect fit for science and philosophy but also a naturally occurring non-human example of this idea of inherent order. The tree summarizes the world: the birth, growth, and eventual end of all things.

However, man’s reverence for the tree predates philosophic thought. Lima provides illustrations of Akkadian and Assyrian reliefs that display early civilization’s belief the “celestial and religious power” of the tree (16). Trees and fruit, both metaphoric and literal, abound in the Christian Bible, the Qu’ran, and other texts and tales considered sacred. The tree as fertile, sanctuary-providing, and near-immortal being is an indelible part of human spirituality.

Lima focuses the latter section of his work on informatics and mapping information in the twenty-first century using this same structure, if at times inverted and geometrically influenced. Like the tree, our need to map knowledge, to push that knowledge and the mapping process into new areas, ones we cannot even envision at this date, continues to grow. This prehuman structure has secured a place in the digital, posthuman world.

One of the more fascinating aspects of Lima’s work is this ethereal connection between spiritual belief and the structuring of knowledge. It may be pure speculation to suggest a deeper meaning, one deeper than man’s use of an available structure, in noticing this connection. Still, Lima notes the “primordial, symbiotic relationship with the tree [that] can elucidate why its branched schema has provided not only an important iconographic model for art and religion, but also an important metaphor for knowledge classification systems” (26).